This iconic island rises gracefully to the church and castle at its summit. Accessible on foot at low tide across a causeway, at other times it is reached by a short evocative boat trip. The oldest surviving buildings date from the 12th century, when a Benedictine priory was founded here. Following the English Civil War, the island was acquired by the St Aubyn family, who still live in the castle. In the intervening years many additions and alterations were made to convert it for use as a mansion house. Fascinating rooms from different eras include the mid-18th-century Gothick-style Blue Drawing Room. 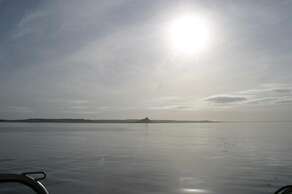 Land's End, situated approximately nine miles west of Penzance, is the most westerly point of the English mainland and the closest to the North American continent. Looking out to sea from here allows the mind to appreciate the scale of the Atlantic Ocean, seeming to stretch beyond the horizon for ever. The granite cliffs, which make up the coastline of West Cornwall, are seen at their best here where the combination of the power of the sea and the strength of the cliffs reduce man to a mere spectator of nature. On a clear day, the Isles of Scilly can be seen lying just on that horizon - a group of small, yet very beautiful, islands of which five are inhabited while the remainder of nearly 100 are given over to sea birds! Closer to shore is the Longships Lighthouse, just over a mile out to sea, while in the distance, about six miles to the south-west, can be seen the Wolf Rock lighthouse.

David had been a Golfer for many years and is a Past Captain of Old Fold Manor Golf Club in Barnet Herts. He came to Praa Sands with a goodknowledge of the game and a love for it. Praa Sands golf clubwelcomes all visitors and non members to this lovely seaside course overlooking Mounts Bay. We are a nine hole course privately owned by Kate and David Phillips. From every green on the course you can see the sea, and it provides a deceptively challenging Par 62 for men, Par 64 for ladies. We are open all year and no handicap certificate is required. Suitable golfing attire is expected. Meals and bar snacks are available all day as is club hire if needed.

This is Mousehole. Famous for the Mousehole Cat, its Xmas lights etc etc 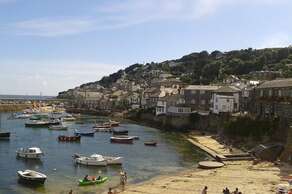 The only Cape in England. 10 miles away. 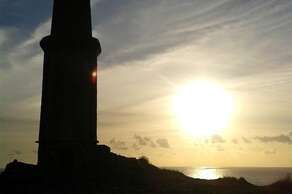